The 21 Foot Rule: Is it Still Relevant?

According to the 21-foot rule, an officer or individual with a gun has about 1.5 seconds before an attacker reaches them from 21 feet. But is this rule, born from a short study published in 1983, still relevant to today’s firearm defense standards?

There are a number of factors at play here — so, let’s answer the question, is the 21-foot rule still relevant?

The 21-foot rule attempts to define the distance that a knife-wielding assailant travels during the time it takes an individual to recognize a threat, draw a firearm and shoot two rounds at that assailant. Its purpose is to enhance situational awareness and reinforce the idea of quick, always-ready engagement of a dangerous suspect.

Regardless of its name, because of its nature the 21-foot rule shouldn’t be considered a hard-and-fast “rule,” but a small part of a comprehensive defense strategy. It was never intended to be taught as a rule, and many in law enforcement and other gun communities don’t actually consider the practice a legitimate one at all. However, there is a lot to unpack. The first thing we need to take a look at is where the 21-foot rule came from and the coinciding Tueller Drills. 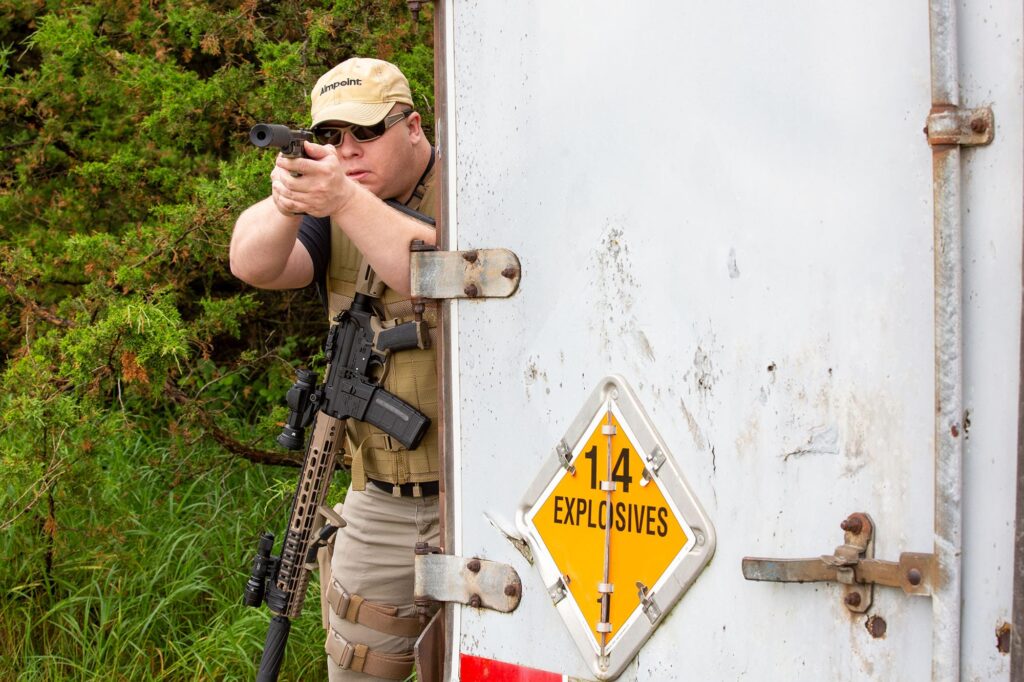 In the early 1980s, Salt Lake City Police sergeant, Dennis Tueller, published a test on the time it took for an assailant with a knife to cover 21 feet. He timed healthy adult males as they reenacted a combat scenario, determining an average time to attack of 1.5 seconds. Appearing in both SWAT Magazine and a classic training video, How Close is Too Close?, the idea rapidly spread among law enforcement and other gun communities thanks to its logical connection of distance, time, reaction and response.

The resulting Tueller Drills were developed in reaction to this data, and were designed specifically to improve situational awareness in a melee attack. The drills aren’t that complicated, with three main ways they can be simulated:

This type of hands-on practice is actually helpful in training gun carriers on how to decrease reaction time against close-proximity attacks. Unfortunately, at some point, the 21-foot rule became part of the larger lexicon and is still conflated with the resulting drills and insights of Tueller’s overall study.

So, if you ever hear about the 21-foot rule, you’ll now know that it’s just a small part of comprehensive, smart defense preparation that has evolved and improved over the past forty years. 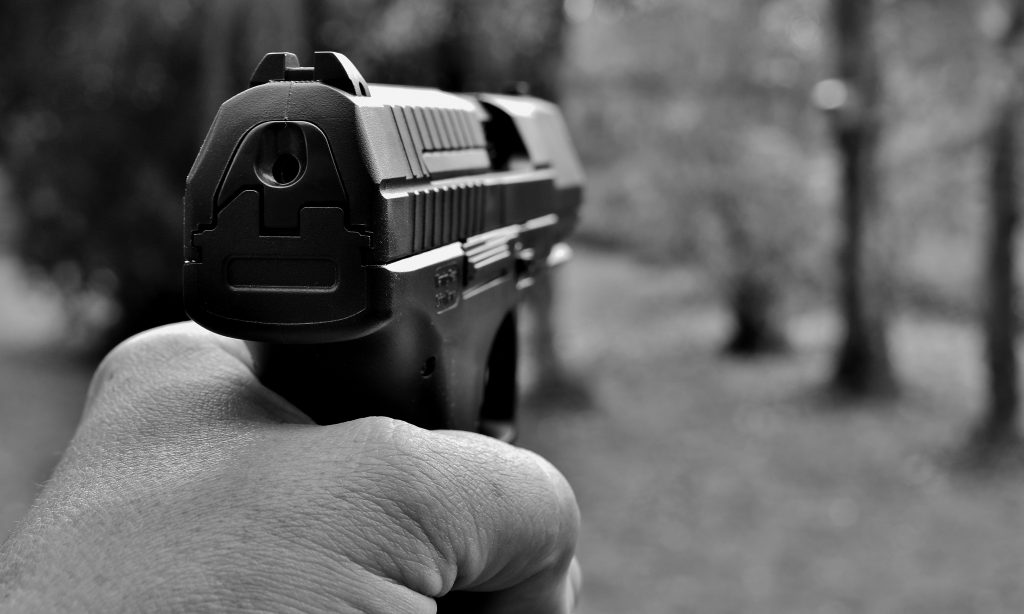 Is the 21 Foot Rule Still Used in Law Enforcement?

Many law enforcement agencies around the country and even internationally still abide by the 21-foot rule. And even if some organizations don’t actively teach the practice, individual officers have likely been exposed to it in a firearms training course at some point, as many professional and civilian classes alike teach it.

However, above all, law enforcement officers–and any responsible gun carrier–are taught a number of other tactics that prevent them from strictly abiding by this “rule”. For instance, they de-escalate by using non-life-threatening defense techniques that don’t involve firearms, such as through verbal communication or even simply by drawing a gun. Ultimately, they’re given specific knowledge on how to best utilize the time they have before an attacker is able to reach them, otherwise known as the “reactionary gap”.

The reactionary gap defines the distance needed between an officer and assailant in order to properly, safely respond to a threat. Even though 21 feet is generally acknowledged as the minimum, the gap has no set distance and fluctuates based on a number of external factors like terrain, attacking weapon, and physical condition.

Several studies have been published actually defining the reactionary gap to be larger than 21 feet for knife attacks. In a test conducted by popular TV show MythBusters, the team found that at 20 feet the shooter was able to barely get off a single shot before being overcome by the attacker, while another analysis showed police officers with a severe disadvantage at even greater than 21 feet. So, without a widely agreed upon distance, why does the 21-foot rule remain popular?

Is the 21 Foot Rule Justified?

A reason that the 21-foot rule became popular in the first place is that it finally defined a tangible defense zone, in which if an armed individual was within 21 feet of you, you would be justified in shooting to defend yourself. This has led to many legal cases, political posturing and “right vs. wrong” arguments, all with their own unique verdicts and outcomes.

Problems with the 21 Foot Rule

Overall, the lessons behind Tueller’s study teach gun carriers how to properly react against a knife-wielding assailant. However, there are a few key problems with the 21-foot rule that you should know:

The Drills Miss Something Important

Overall, Tueller Drills help participants work on their situational awareness, but they miss an important component that a real-life situation normally supplies: an immediate, surprise threat. Most people can properly react during the drill, but in an actual attack, training is sometimes thrown out the window.

Another thing that’s difficult to replicate during drills is external factors. You never know when or where an attack is going to take place, and that plays a big role in how large your reactionary gap is and what defense strategy you use. Plus, physical condition, mental state and prior training all contribute to whether you can properly react in a threatening scenario.

Overall, the 21-foot rule causes confusion, with some misinterpreting it as something to strictly abide by. In reality, there’s no set distance where an officer or individual is safe and is unique on a case-to-case basis. Gun carriers should never use the concept to fire at an individual who is otherwise non-threatening just because they’re within this invisible three-yard radius.

Overall, the 21-foot rule is part of a wider concept communicated by Dennis Tueller in the early 1980s, in which an officer or other gun carrier improves their situational awareness and reaction during a close-proximity attack. With specific drills and a better understanding of de-escalation tactics, you can better understand your own personal reactionary gap and improve your defense techniques as a result.

Do you want to upgrade your self-defense arsenal? Look to Silencer Central, the number one provider of firearm silencers and accessories.

As the single silencer reseller on the ATF advisory board, we’ve developed an easy process for obtaining a Class 3 firearm suppressor. With our extensive inventory list and expedited purchasing, you spend less time waiting around and more time hitting the range.

Take a look at our silencer selection for more information about our products.