Let’s dive right in and start looking at the wonderful and sometimes confusing world of 30 cal suppressors.

Qualities to Look for in a .30 Cal Suppressor

We know from nearly two decades of silencer sales what sells best for us and our customers. For instance, there is one .30 cal suppressor we simply cannot keep in inventory because it is so popular. There is another that is widely sold because of a somewhat low price point that hits a combination of price and performance for budget-minded shoppers. And we’ve got a user-serviceable .30 cal suppressor that is also the industry leader for multi-caliber suppressors.

All of these 30 cal suppressors are “the best” for our customers for many different reasons from price to performance. So we’ve approached the idea of choosing the 30 cal suppressor that is right for you based on a few different design and price features.

We are quite proud of our BANISH 30 and BANISH Gold .30 caliber suppressors. Now you might think it’s cheating to put our own product here, but since we literally designed them to be the best overall .30 cal suppressor, we feel confident putting them where our engineers intended.

The BANISH Gold .30 is more for the tactical rifle crowd. It features all the great advantages of the standard BANISH .30 while adding a quick detach feature and built for people with tactical and semi-auto hunting rifles.

Both of the BANISH 30 suppressors offer the same incredible 34 dB sound reduction, making them hearing safe on a huge number of common rifle cartridges, and both are rated for .17 rimfire to .300 Remington Ultra Mag. Plus they are user-serviceable, all titanium, and multi-caliber. This makes the BANISH .30 line our best overall .30 cal suppressor, hands down.

The idea of a user-serviceable suppressor is half consumer choice, half practicality, and just a dash of mythology.

The truth is most any rifle suppressor generates enough pressure to be mostly self-cleaning. That means any carbon, carbon, or copper fouling generally gets blasted out with each shot before it can build up. That means even a .30 cal suppressor that isn’t user-serviceable could be cleaned with a bath in solvent and a brush.

If cost is your bottom line for choosing a suppressor, the good news is you do not have to sacrifice quality for price. There are many suppressors built for the budget-friendly market. Of course, when you choose price as your primary concern, there are things that have to give. You’ll get a heavier suppressor, it may not be as quiet as other .30 cal suppressors, and it probably isn’t something you want to use on a rapid-fire competition course where it can quickly overheat. But for most people who want a .30 cal suppressor for hunting, range use or the like, then we are pleased to offer the Coastal Guns 30 Cal LRT.

Priced at just $550, the LRT is a simple, basic .30 cal suppressor that gets the job done without any price-increasing bells, whistles or bleeding edge engineering. Is it the quietest .30 cal suppressor? No. Nor is it the lightest or most configurable. But it does make shooting your favorite .308 rifle hearing safe, and in the end, that’s all a lot of folks want.

For the most part, the terms and cartridges .308 (Winchester) and 7.62 (NATO) are interchangeable. Common use has blurred what few real differences exist between the two rounds and has also made .308 and 7.62 synonymous with two specific rounds. However, since we are looking at .30 cal suppressors, .308 and 7.62mm properly speaking do cover pretty much all .30 caliber cartridges. But we are going to stick with .308 Winchester here, as that is the common gold standard by which most .30 cal suppressors are built and judged.

All of our .30 cal suppressors will work just fine with .308, but as you’ve already seen, not all suppressors are made equally. But what makes the best .308 suppressor? Well, that’s kinda tough because that covers a lot of territory. But sticking with the traditional roots of the .308 Winchester as a bolt action hunting cartridge, we opted for a suppressor that is less tactical and more just out-in-the-woods practical.

Meet the SilencerCo Omega 300. One of our most popular .30 cal suppressors, the Omega 300 is popular for .308 rifles as well as .300 Blackout and most any other round from 5.56 through .300 Winchester Magnum. That makes it one of the best multi caliber suppressors for .30 cal and certainly one of the best .308 suppressors you can get for any prince.

Usually, as we mentioned, when people say 7.62, they are referring to a 7.62 NATO round. Based on the .308 Winchester, 7.62 NATO is one of the most common rifle rounds on the planet and is used in many tactical and competition rifles.

Because it is a common tactical and military cartridge, we expect most 7.62 shooters to have some sort of semi-auto rifle, sometimes with an NFA short barrel. With that in mind, we looked for a suppressor designed for those kinds of gun owners.

The Dead Air Sandman is so wildly popular we literally cannot even keep it in stock. If you want one, drop us a line so we can secure you one as more inventory comes available. Designed for tactical rifles yet rated for pounding magnum cartridges, the Dead Air Sandman is suitable for use on anything from 5.56mm to .300 Winchester Magnum rifles. With desirable features like quick detach mounting and a removable cap to reveal an integrated flash hider, it is no wonder we can’t keep this 7.62 suppressor in stock!

Choosing the best .30 cal suppressor for hunting is somewhat redundant at this point. In fact, outside of some designs specifically optimized for the intensity of competition or tactical shooting, the same thing that makes a “best” rating for our other categories applies here. Hunters generally are not firing many rounds through their suppressor, and are concerned with weight and noise reduction more than anything else.

Both of those considerations are fully achieved with the BANISH 30 line of suppressors, but since we know folks love consumer choice, we’ve selected another of our best-selling .30 cal suppressors, the AAC 762-SD.

Made by Advanced Armaments, the AAC 762-SD hits a sweet spot compromise in price, performance, and weight between the stripped-down Coastal LRT and our best-selling BANISH 30 Line. 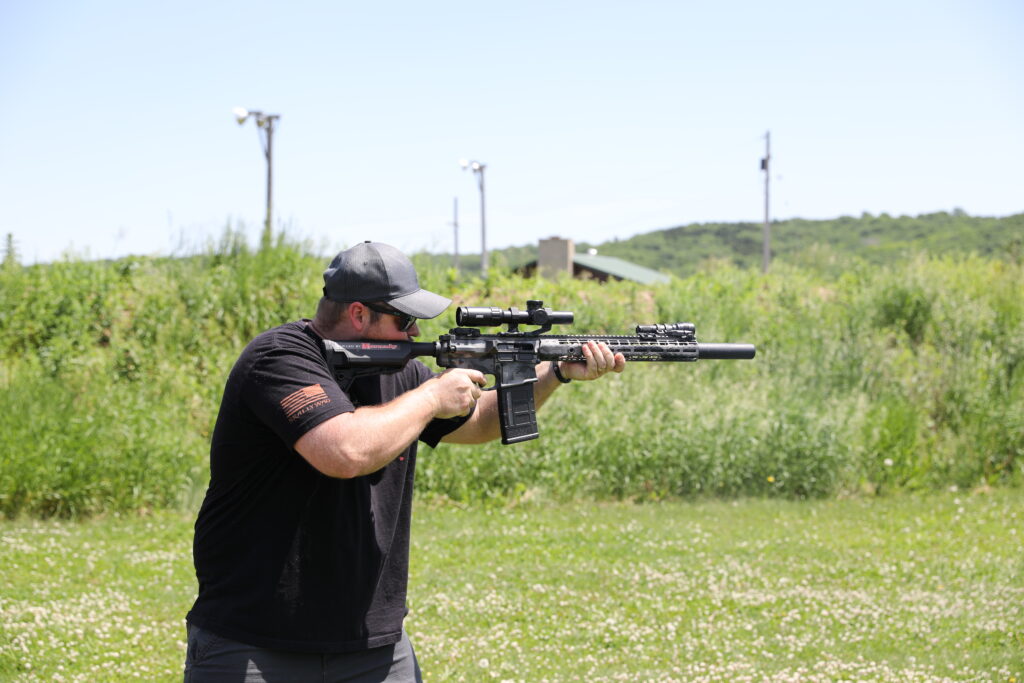 Priced under $700, the AAC 762-SD features a quick detach mounting, 30 dB sound reduction, and a reasonable range of multi-caliber compatibility. All in all, if you want something more than bare-bones but without going for higher-end products, this is probably the best .30 cal suppressor for hunting.

Want to Know More About Buying a Silencer?

As you can see there are a lot of very good .30 cal suppressors on the market, but only one true industry leader – the all-titanium, multi-caliber, user-serviceable and configurable BANISH 30 line. But there are plenty of other very good .30 cal suppressors that consumers are clamoring for as well, and we are happy to sell you whichever one you want.

Right now, suppressors are the single most popular NFA item as they are legal in 42 US states and legal for hunting in 40 of those 42. A new generation of Americans is discovering what their great grandparents once knew about the old Maxim Suppressor. Namely, a suppressor makes shooting quieter, safer, and more relaxing for yourself and those around you. These common-sense gun safety tools are in greater demand than ever before, and as the nation’s largest silencer dealer, we can get you whichever suppressor you want at very competitive prices.

Check out our large selection and find out how you can purchase your silencer entirely by mail without ever stepping foot in a gun show or retail location. Plus, check out our totally free NFA gun trust, a $250 value included free with your silencer purchase if you want it!

We’ve sold nothing but silencers for nearly two decades and are here to answer all your questions. Let’s get you started on your silencer purchase today!