The North American wilderness is an outdoorsman’s dream with its wide range of landscapes, and it’s home to some of the world’s most exciting, intimidating, and ferocious animals. If you’re trying to find the ideal place to hunt your favorite game, whether you’re searching for a new trophy to adorn your collection or you want to fill your freezer with meat, there are plenty of options.

Let’s take a look at six unique hunting trips for those who want to expand their options and see what the great outdoors has to offer.

Here are some trips to add to your bucket list: 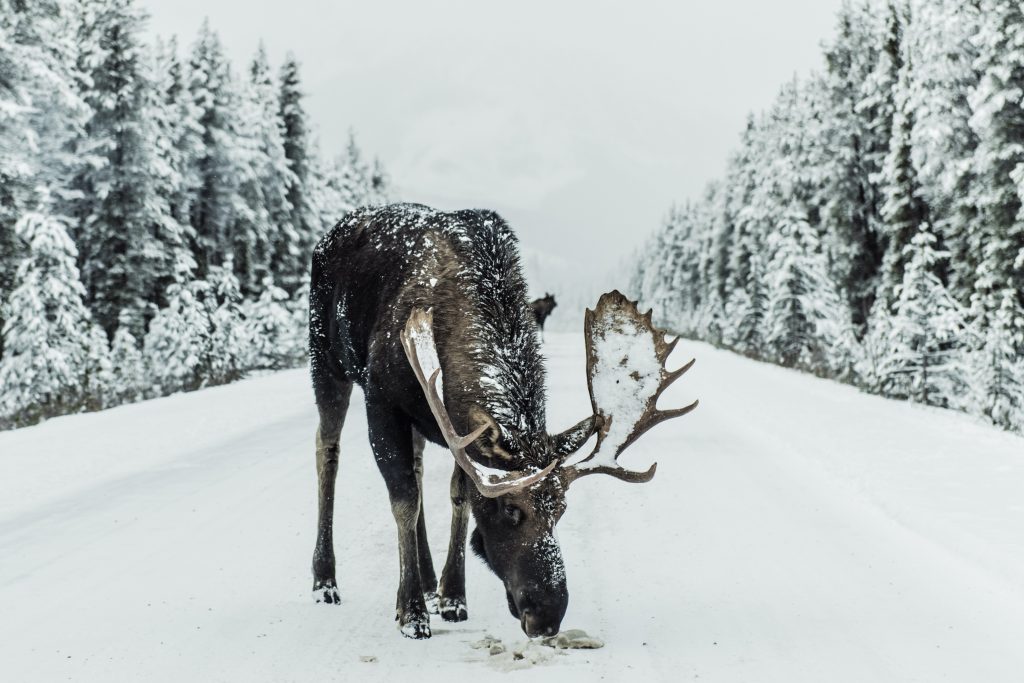 Hunt one of the biggest ungulates in the world, the famous Alaska-Yukon bull moose. Alaska moose inhabit boreal and mixed deciduous forests throughout most of Alaska and Western Yukon. They can reach well over 1,200 pounds and carry the heaviest antlers in North America.

The best time to visit Alaska for moose hunting is the early fall before the bulls start to rut. Groups will be traveling in packs later in September. They also start shedding the dark velvet on their antlers around this time so you’ll be able to spot them more easily. The best way to enjoy this hunting trip is by hiring a guide who can provide camp, food, transportation — and, most importantly, knowledge. Here, you’ll experience the real northern wilderness in all of its rugged, unkempt, unforgiving glory.

The cost to obtain an annual hunting license in Alaska for a non-resident is $160. In order to hunt moose, you’ll need to obtain the $800 non-resident moose license. Don’t forget to factor in costs for the guide – options for which can vary. 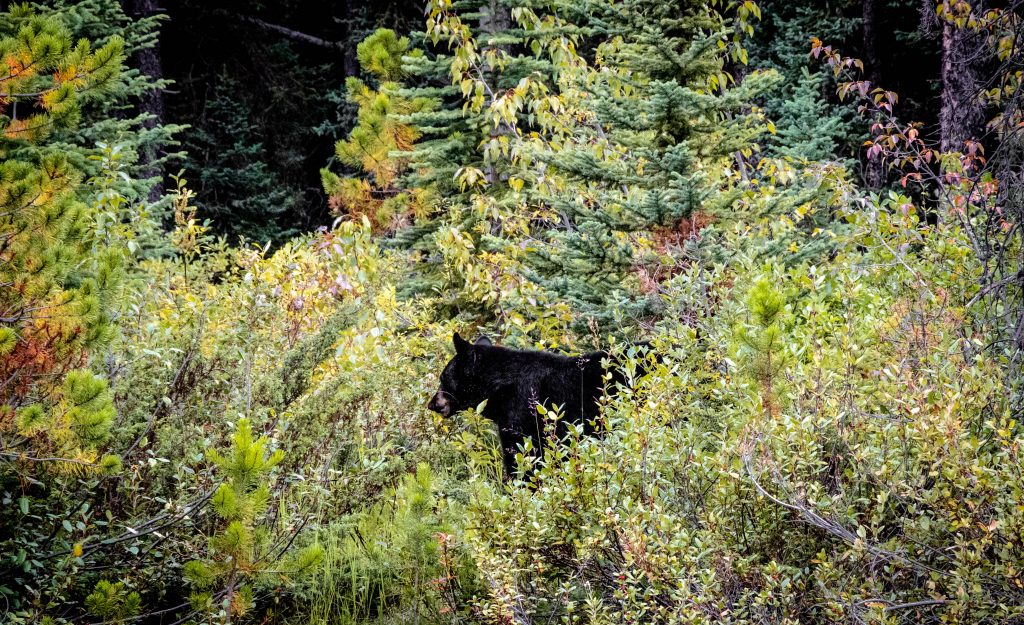 Go after the ultimate predator in the remote wilderness of Canada’s Northern Saskatchewan. Black bears are worthy adversaries in the field and this area is chock-full of trophy-class animals.

Because it’s so far from civilization, there are enormous portions of Northern Saskatchewan that are only accessible by airplane, floatplane, boat, or snowmobile. This area is essentially untouched wilderness, so many of the bears have never been hunted or even seen a human. In other words, there’s no thinning of the herd here. As such, this is one of the best places in the world to see bears in a truly natural habitat and bring home a prize-worthy hide.

You will need to obtain a specific hunting license through an outfitter, as you can only hunt bears under the direction of a guide in this province, with a cost of $200 for non-residents. Since the area is so remote, you will first fly into Saskatoon and then make your way by car, floatplane, and boat to your end destination. All of this adds up to a few thousand dollars.

Everything is bigger in Texas, and that includes bird hunting. With such massive quail and dove populations, there’s excellent hunting throughout the year. Rack up countless morning and white-wing doves in the area north of the Rio Grande River, and enjoy some of the last remaining wild quail hunting in the U.S. in South Texas, West Texas and the Panhandle region.

After Texas experienced a break in a long series of droughts over the past few years, it brought back much of the habitat that was previously dwindling. As such, it’s once again a fertile hunting ground for Northern Bobwhites, scaled quail, Gambel’s quail, and Montezuma quail.

The Great Plains of North America were once home to millions of bison that greatly shaped the ecology of the Midwest. While the population isn’t what it once was, there are still herds of bison to hunt in North and South Dakota, particularly through the months of September to March.

With thousands of open acres, the vast plains of the Dakotas are the perfect place to stalk bison, since they feed on the natural grasses found here. These animals are known to develop a thick hide in the coldest months of late winter, making it one of the best times to hunt. Give chase to massive, 2,000-pound bison over the region’s rolling hills and fertile valleys.

Big game hunting licenses in North Dakota cost $255 for non-residents. You’ll also need to hire a guide or outfitter to take you on a bison hunt, which can cost a few hundred into the thousands of dollars, depending on duration. 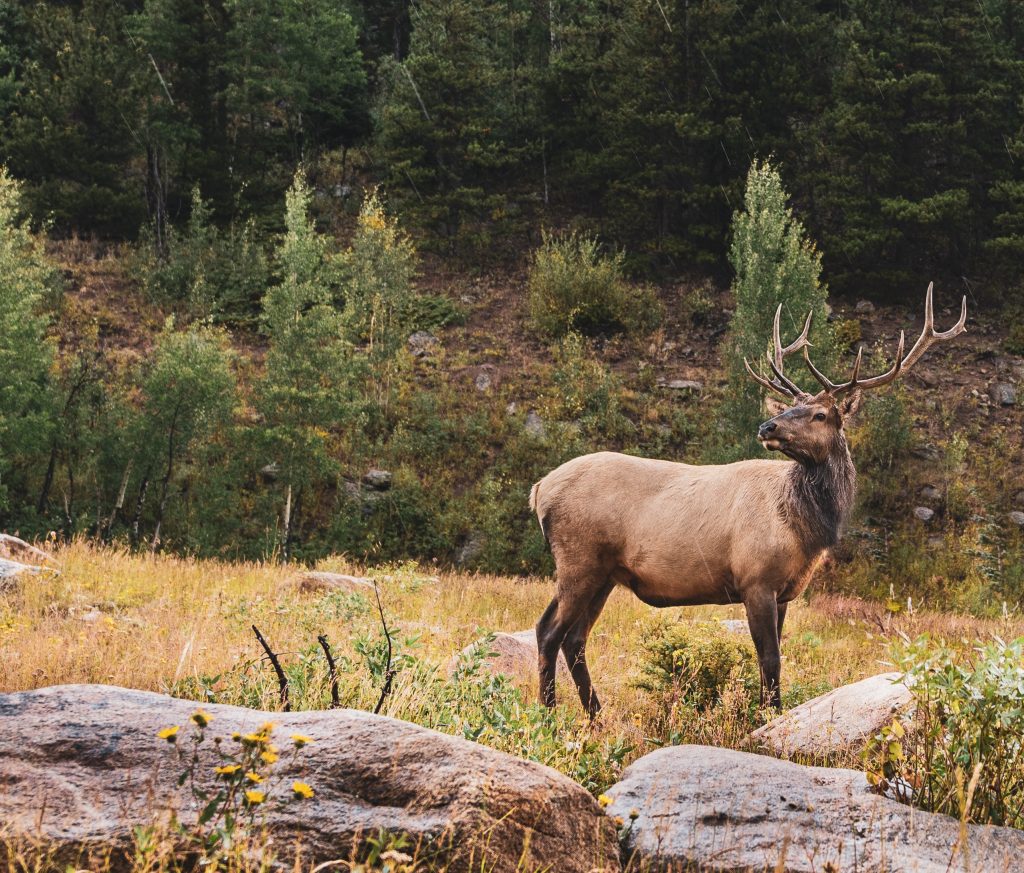 The Rocky Mountains contain a huge population of elk — in fact, at roughly 280,000, it’s the largest in the country. With a beautiful mountainous backdrop, this is truly a once-in-a-lifetime trip to make memories on.

While other states have tight restrictions in place on how many elk can be harvested throughout the year, Colorado allows several thousand to be harvested. Colorado always has the largest total elk harvest every year, averaging just under 42,000 total elk and just under 22,000 total bull elk over the last six seasons. Plus, hunters can get lottery-style, over-the-counter (OTC) licenses in the state with relative ease, which makes elk even more popular in the region.

The cost of an elk hunting license in Colorado for a ​non-resident​ is $670.25 (this includes bulls or either sex as well as fishing). 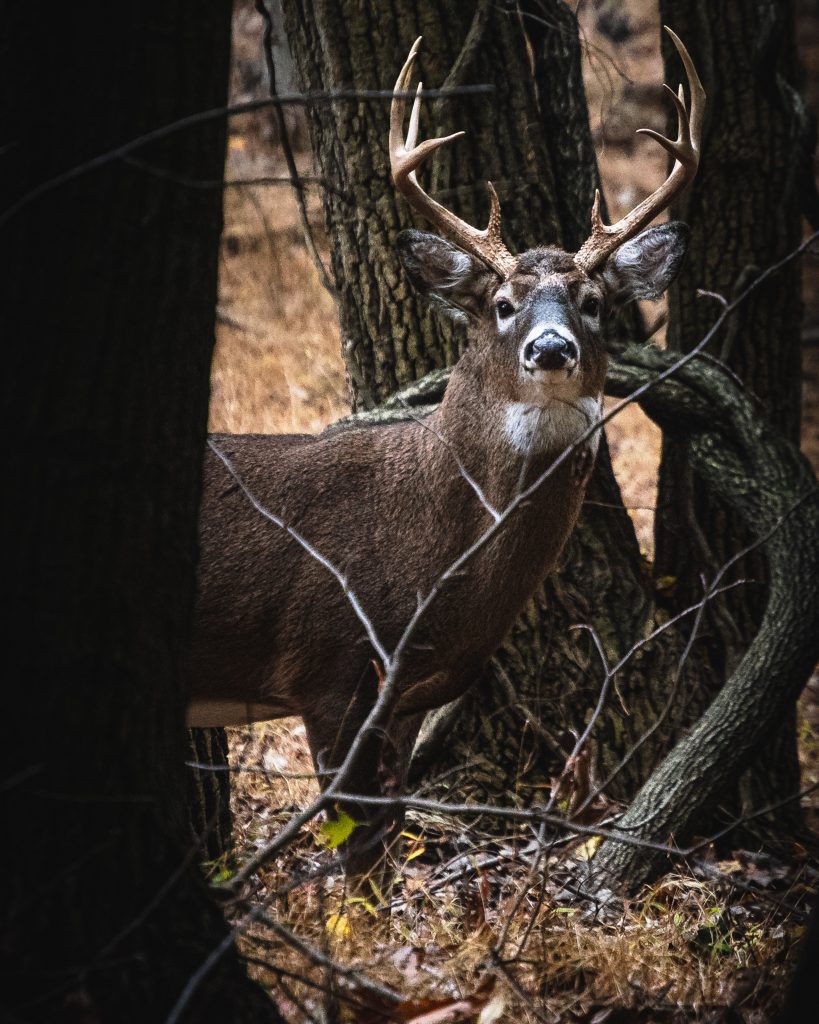 If you’re going after the elusive trophy buck this year, Wisconsin is home to a large population of whitetail deer amid its forests and lakes. It’s also home to Buffalo County, which has been ranked by Boone & Crockett as the top hunting destination for trophy whitetails in the country.

Over centuries, the Great Lakes region, including Wisconsin, was shaped into scenic valleys, lush natural landscapes, and extensive bodies of water. Because of this, it’s the perfect place for whitetail deer to thrive. Plus, in recent years, the state has experienced a burst of the deer population into potentially record-setting numbers.

The cost to obtain a deer hunting license (for rifles) in Wisconsin for a non-resident is $160.

Maximize Your Chances by Hunting with a Suppressor

When scoping out the best hunting trips in North America, any one of these six options should provide an exciting, memorable experience worthy of a bucket list. From ferocious big game to elusive ungulates to unpredictable waterfowl and beyond, there’s nothing more rewarding than a successful hunt in an amazing landscape — best of luck!

Improve your kill chances on your bucket list trip by adding a suppressor to your hunting rifle. Not only do they reduce loud gun blasts, helping you stay hidden and protecting your hearing, they also increase shot accuracy by reducing recoil. And, we’ve made it easier than ever to buy a suppressor. We take care of all the paperwork, while you relax and simply wait for your accessory to be delivered straight to your door. If you’re interested in finding out more, shop our silencer selection or contact us to help you get started.

Is Hunting with a Suppressor Worth It?