FARGO – Business at Silencer Central, a company that makes suppressors for hunting rifles, has been so good in the past couple of years that owner Brandon Maddox quit his job as a pharmacist. But one of Maddox’s busiest days in the new year came when word got out that North Dakota lawmakers were debating a bill that would legalize the device. “People were concerned,” Maddox said. “They called me and said, ‘I thought that was already legal. What’s going on?’ ”

Some lawmakers also were initially surprised at the proposal, especially the nonhunters in North Dakota’s governing body. They found out that a silencer isn’t really silent and there has never been a rule in North Dakota prohibiting or allowing them, said Rep. Corey Mock, D-Grand Forks. “It may have caused a little ruckus at first glance,” Mock told lawmakers while summarizing the bill, which then breezed through the Republican-dominated House two weeks ago with only two people opposing the measure. It now goes before the Senate. Mock said use of suppressors for hunting is legal in at least 37 states, including neighboring South Dakota and Minnesota. A bill to make the devices legal in Montana has passed its Senate and has been introduced in the House.

Republican Rep. Joe Heilman, of Fargo, said he sponsored the bill merely to get the practice on the books. “While state Game and Fish allows the usage of properly licensed and acquired suppressors, there was nothing in state statute in regard to the use of them,” Heilman said. “So … if Game and Fish someday wanted to disallow it, they could, without any legislative input.” The two legislators who voted against the North Dakota bill – Tracy Boe, D-Mylo, and Patrick Hatlestad, R-Williston – did not respond to requests for comment.

Some hunters prefer to refer to the devices as suppressors because calling them silencers conjures up images of James Bond or some other big-screen assassin firing a weapon that barely emits a hiss. Guns that use suppressors can still be heard from a distance, said Dan Liane, a Fargo hunter and board member of United Sportsmen of North Dakota.

“Suppressors just get a bad rap, mostly due to Hollywood,” Liane said. Liane said most target shooters at a range wear ear protection and it only makes sense to reduce the decibels in the field. He said suppressors make shooting more comfortable for people of slighter stature, such as women, children or older people. Suppressors at Silencer Central are listed between $345 to more than $800. “A common deer hunting rifle is still going to be about as loud as a .22 magnum,” Liane said. “So there’s still a fairly loud ‘crack’ to go along with it, but it’s not as loud as it would have been.” Republican Rep. Todd Porter, of Bismarck, said he put a suppressor on his deer hunting rifle this year and felt more comfortable with one than without. “Although I did not fire a shot, I felt I was safer in the field since I didn’t have to wear earplugs and could hear my surroundings,” Porter said.

Maddox said North Dakota has a strict licensing system. He said he sells to most states, and North Dakota is the only state where he has to alert the Bureau of Criminal Investigation about each sale. Hunters who want to buy a suppressor must be a state resident, at least 21 years old and have no felony convictions. Applicants undergo a federal Bureau of Alcohol, Tobacco, Firearms and Explosives background check, and the county sheriff must sign off on it. A license costs $200, and the hunter must have it with him or her in the field. “They’re so popular right now that the wait is about six months just to get the ATF’s approval,” Maddox said. 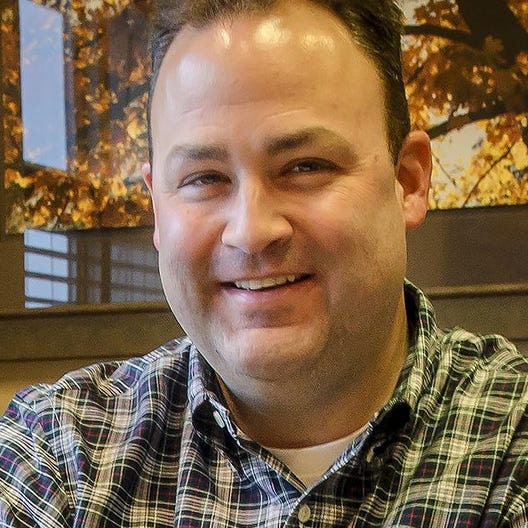