What is a Modular Suppressor?

Way back in 1909 when suppressors were first invented, you had exactly one configuration of silencer for your chosen gun and caliber and by golly, you liked it! Mostly because there was no other choice and silencer technology was nowhere near mature. Modular suppressors didn’t exist because (1) nobody thought of them (2) the technology really wasn’t there and (3) there wasn’t yet a demand for modular suppressors.

Even in the dark days of 1934, when the NFA effectively made it impossible for all but rich, well-connected people to buy silencers, there was little change. You got a steel tube with steel baffles, and one size would fit one caliber and type of firearm.

With sporting applications of silencers all but erased through legislative whim, there was little development in silencer technology until WWII, when various clandestine and military groups thought having suppressed guns might be handy. After all, many effective pistol rounds are subsonic, and in skilled hands on the battlefield or the city, a quiet gun can be as useful hunting Nazis as it can be in hunting deer.

For the first time, the silencer truly became the tool of anti-gun mythology as inventors raced to build quieter firearms, ammunition and more effective silencers. And so things remained, with governments building one-off silencers and uniform designs for elite forces or where hearing protection was important.

And it might have remained that way were it not for the fact that by the 1970s, inflation had made that $200 tax stamp less of a burden than it used to be. Suddenly, more and more people could afford to jump through the regulatory hoops of silencer ownership. For the first time in decades, there was real innovation in suppressor design for private citizens.

Fast forward to the present day, and $200 is an irritation, not a deterrence, and more Americans now own silencers than were ever built back when you could buy them by mail with no oversight. And along the way, there was massive innovation, which leads us to that most amazing innovation of them all – the modular suppressor. 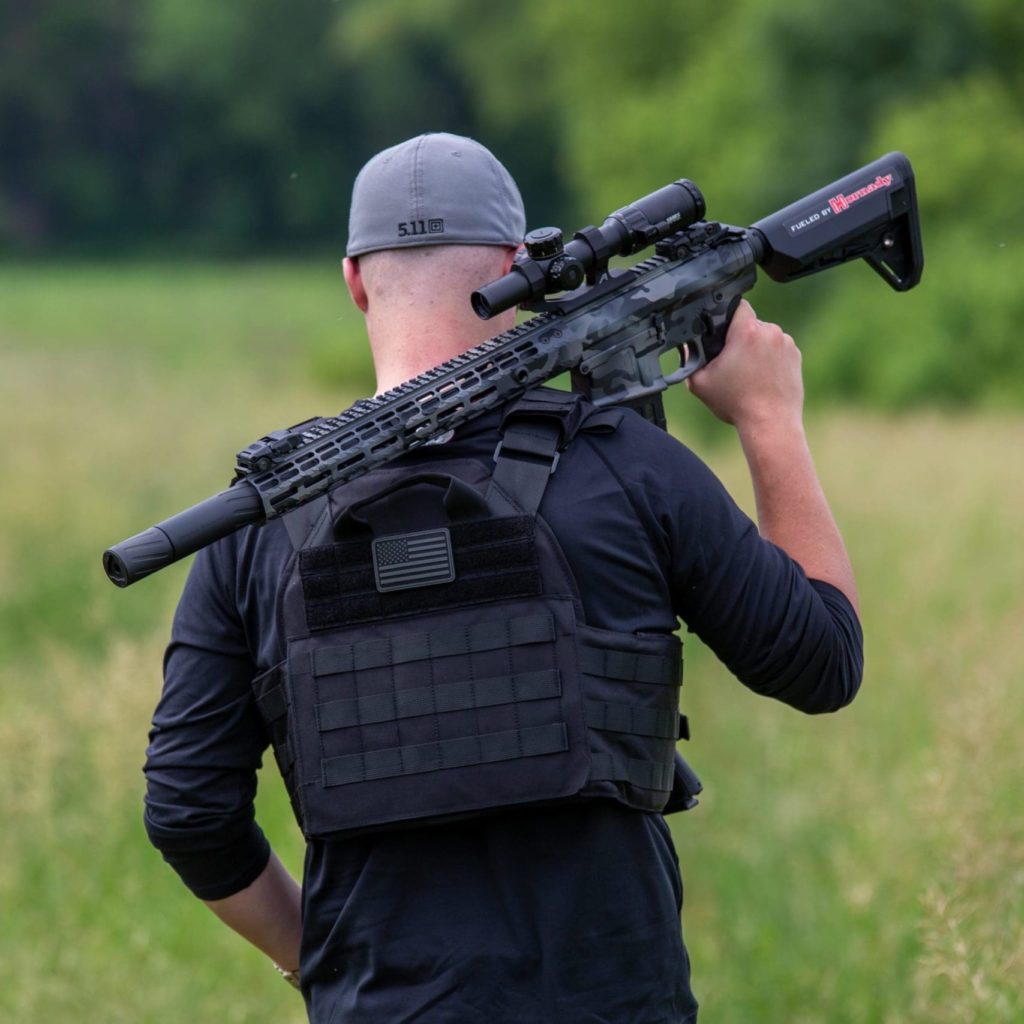 Most silencers are a tube with some sort of baffle stack in them. They might have wipes, they might have a grease filler or some combination of various proven technologies to make a quieter shot. Point is, they are a single-sized tube. You can’t make it longer, you can’t make it shorter and you probably can’t even change the end caps to accommodate different calibers.

Let’s take the Banish 45 pistol silencer for example. We can see a few things right away that are (or should be) part of every modular suppressor.

Any modular suppressor is going to be built around a common caliber and then be suitable for other similar size rounds, as well as smaller caliber rounds. So, the Banish 45 is built for .45 ACP, but with some minor work will adapt to most any other handgun round smaller than that. That means the Banish 45 modular suppressor will work with .45 ACP, 9mm, various .32 and .38 caliber rounds, .22, etc.

How a Modular Suppressor Works

A modular suppressor will have three main parts:

The tube is the main body of your modular suppressor. It holds the baffles and the end caps are screwed onto it. Most importantly, the tube is usually in two pieces so you can run the silencer full length or at a shorter length.

There are several reasons why you might want to run a shorter silencer. For instance, the Banish 45 is rated for .45 ACP. So, to get maximum performance in that particular round, you’ll want to use the silencer in the full configuration. But, if you are running it on, say, a .22, then you really don’t need as much. 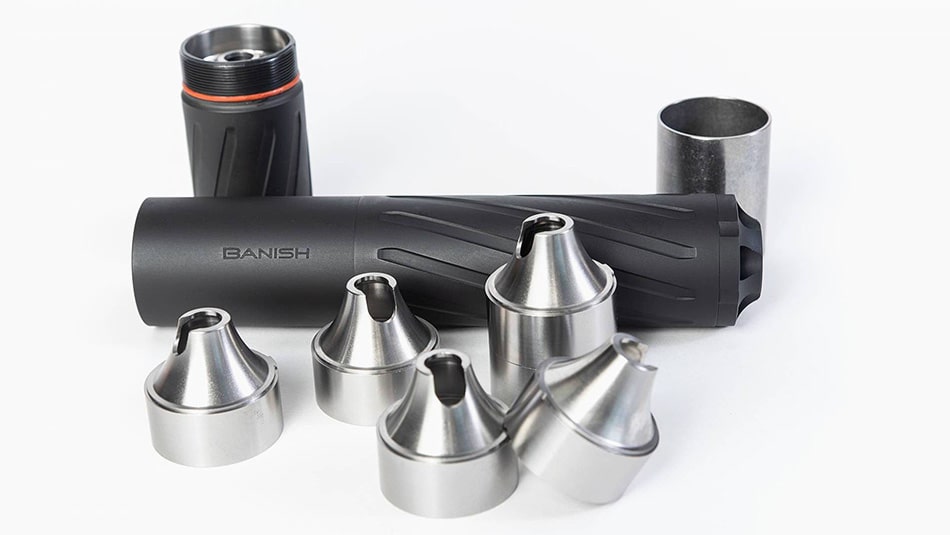 When you reduce the length of the silencer, you also reduce the number of baffles. The Banish 45 can be configured with 8 or 12 baffles. The ability to use a shorter or longer body and fewer or more baffles is pretty typical of most modular suppressors.

We’ve already touched on the baffles. Use them all when you are running your modular suppressor full length, and use fewer when running a shorter length. Be sure to keep them in a safe place! It’s very hard to replace internal silencer parts thanks to various ATF rules. 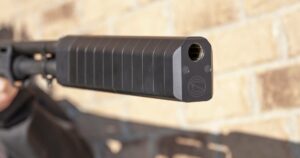 Why Choose a modular suppressor?

Well, as much as we’d love to sell you a dozen different silencers for a dozen different guns, the reality is that it’s a pain in the butt to buy a silencer thanks to long NFA wait times. And when you add in the fact that some of the best silencers can cost around a thousand bucks, it is only natural that gun owners want the best silencer for the money. And usually, that means a modular suppressor they can use on lots of different guns.

By buying one silencer to fit many guns, you save money, minimize NFA wait times, and quickly equip anything from your favorite .22 plinker to powerful thirty caliber magnums with the same silencer! What’s not to love?

Visit our online shop today and take a look at our full range of modular and not-so-modular suppressors, and don’t hesitate to call or email us if you are interested in learning more about which silencer is best for you!