How To Educate Elected Officials About Suppressors

The National Shooting Sports Foundation, aka the NSSF, is one of the largest firearms lobbying groups in the country. They are similar to the NRA but focus on the gun industry as a whole. The NSSF has several programs designed to increase firearms freedom, increase community outreach, and to educate elected officials. One program that is likely one of the most effective is the ‘Take Your Elected Official to Work Day”. This program aims at bringing elected representatives to gun stores, firearms manufacturers, and others involved in the firearms industry. Recently, Silencer Central was able to reach out to Senator John Thune for a tour of their facility and to take part in a discussion on gun rights and the gun industry.

John Thune is one of the most Senior Republican Senators currently sitting. He’s been an advocate of firearms rights throughout his entire career and is a big proponent of concealed carry and national reciprocity. He’s been consistent in his Second Amendment beliefs and is an ally to have in times of uncertain political advancements.

Silencer Central is a one-stop-shop for purchasing suppressors both online and in their 8 retail locations. They’re also one of the largest class 3 dealers in the United States. Their focus on suppressors allows them to focus on one specialty and to master that specialty. The owner of Silencer Centrals, Brandon Maddox, is especially well suited for meeting with elected representatives. Maddox is one of two class 3 dealers to sit on the National ATF Advisory Board for silencers.

The Hearing Protection Act, a means to deregulate suppressors, has more of a chance of passing than ever before. The ability to educate representatives is one we should take full advantage of. However, you have to have someone who is genuinely knowledgeable on the topic of silencers to do the educating. This is why the meeting between Senator John Thune and Silencer Centrals is such a big deal. 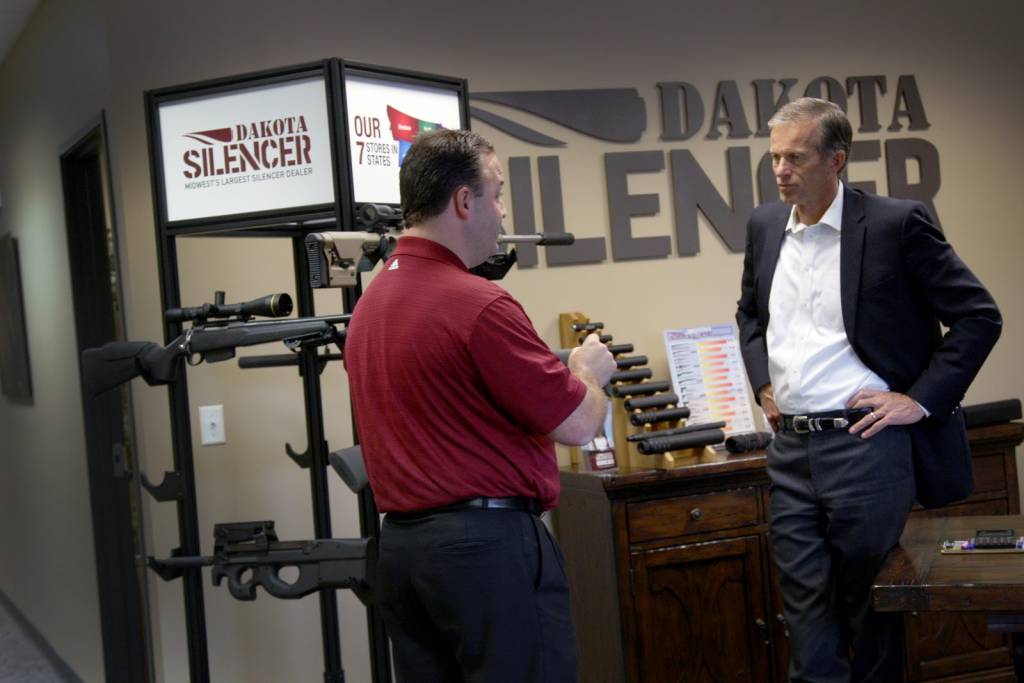 Through the NSSF’s program industry experts like Brandon Maddox have the ability to borrow the ear of a powerful elected representative. This meeting gave Silencer Central an opportunity to showcase their facility, the products they provide, the revenue they generate as well as their investment to South Dakota, and the number of people they can employ.

Through this program, they have the ability to dispel myths and legends about suppressors to the elected officials that vote on bills like the HPA. Let’s be honest, a lot of people, even pro-gun people, are educated solely by pop culture on silencers. This gives many the impression they are used by hitman, assassins, and criminals. The reality is they are used by hunters, sportsman, and recreational shooters, not criminals. There is also the fact a suppressor doesn’t turn a gun into a whisper-quiet killing machine. The best way to describe what a suppressor does for a firearm is it turns “BANG” into “bang.” 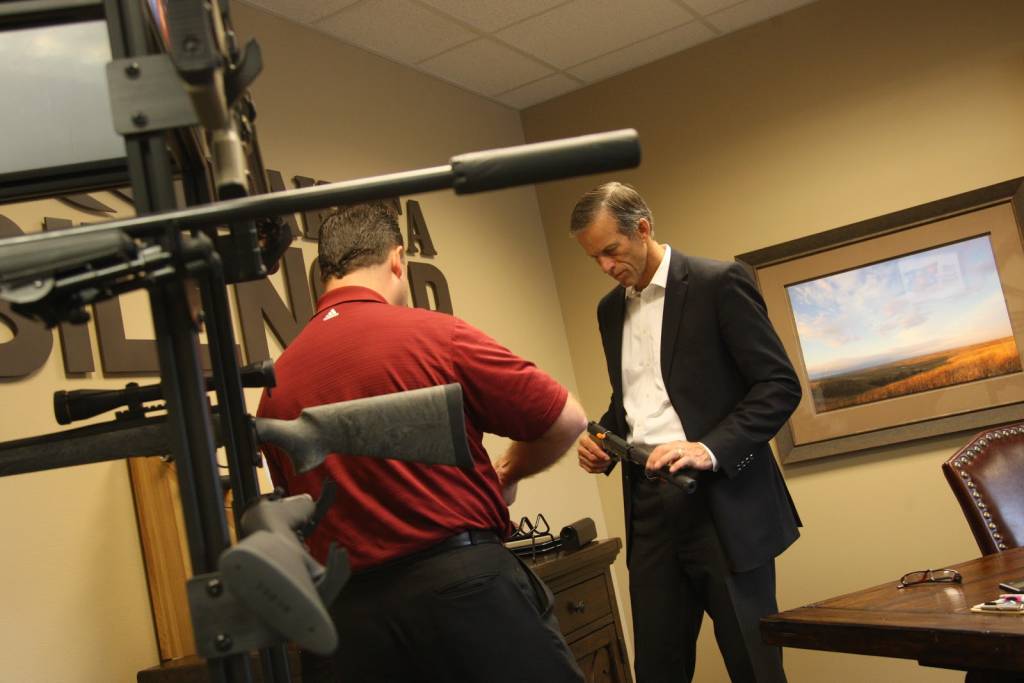 This NSSF backed program is an amazing opportunity for manufacturers and retailers to connect with their elected officials. Manufacturers and officials hold a special place in the gun rights continuum. They have the ability to inform legislators of not only gun rights issues, but the economics tied to firearms manufacturing. If you want to know a little more about the NSSF and this program check out them out at www.NSSF.org. While you are there check out the annual economics report, and it’ll open your eyes to the benefits the firearm industry offers the economy.