Trapshooting requires skilled marksmanship and impeccable timing, as you attempt to hit clay targets that are launched through the air. It’s a fantastic introduction to clay shooting and related competitions, thanks to its more predictable course layout and target patterns, among other things.

If you’re interested in getting started with the game of trap, take a look at some of the following tips for beginners. Here’s a preview of what we’ll cover:

What is Trap Shooting?

Trap shooting is an action-packed competition, in which participants move through a series of five positions while shooting 108-millimeter clay targets that are launched through the air at a fast pace. The game mimics bird hunting, which was the original way it came to popularity in the 1700s.

At first, the game involved a row of actual pigeons placed about 50 feet in front of the shooter, while a trapper released one bird of his choosing at a time. The shooter would take aim and attempt to hit the bird, killing it dead. Around the time of the American Civil War, glass targets replaced live birds, and later in the 19th century, clay targets became the normal target and are still used today.

The essence of the game is very much the same as it was back then, although modern competition rules and formats are more structured.

Competitors line up on a trap field, with five consecutive positions laid out in a row from left to right. A trap house is set out in front of the shooters, partially buried in the ground, at least 16 yards from competitors. The shooter yells, “Pull!” and a target is launched at the specified speed, distance, and height. Registered trap shooting rules define those as a speed of 42 mph, no less than 48 yards, and no more than 52 yards distance, and should be between eight and 12 feet high and 10 yards from the trap.

If the shooter is able to hit the target, regardless of whether or not it shatters, the target is considered a “dead” bird.

Yet another similar type of shooting competition is known as sporting clays. This game more closely resembles a real-life hunting experience, where competitors move through a scenic, varied course. Stations may include trap-style targets, skeet-style targets or even something else entirely. Compared to the more structured five-position courses seen in trap shooting, sporting clays provide a more dynamic experience.

If you’re interested in getting started with trap shooting, here are some fundamentals you should start paying attention to:

Focus is the name of the game when it comes to successfully hitting airborne clay targets. To improve your tracking ability, first, try to keep your eyes as horizontally level as you can to avoid tilting your head over on the stock. Second, don’t make the mistake of mounting your gun to your shoulder – rather mount the gun to your cheek and eye. As long as you have a properly fitted gun and correct stance, you should feel the firearm naturally assume its place in your shoulder pocket. Lastly, keep your focus on the target once you spot it and never look away as you pull the trigger to fire.

Another basic fundamental of trap shooting is your stance. There are several foot placements throughout each of the five positions. The lead foot should be at about the 1:00 position in positions one through three; in positions four and five, the lead foot points at 2:00 and the other foot at about 2:15. Make sure to keep your knees bent slightly so you can easily pivot your foot position, while maintaining a “nose over toes” posture.

To achieve perfect aim in trap shooting, take a few tips from the pros. The most basic thing to adjust is your eyeline, even before the clay target is launched. Don’t stare at the shotgun ribs or the edge of the trap house. Rather, peer about 20 yards beyond the trap house to the debris field, loosely focusing at a distance. This way, you’re bringing the target within your field of view, rather than hunting the target down.

Second, to achieve a more accurate shot, you’ll want to reduce the amount of pivoting involved. Try to rotate as evenly as possible from the waist when tracking targets, keeping the gun firmly planted in your shoulder pocket rather than using your arms to swing the gun around.

And, like we said before, once you have the target in your sights, never look away.

Patterning helps you understand how your gun strikes the target at various distances. To pattern a shotgun, grab a large piece of carboard or a paper target, and take shots at 10, 20 and 30 yards with your three main chokes. This gives you a clear idea of your shots’ point of impact.

In order to improve your trap shooting skills, the most important thing you can do is practice. The game of trap involves high-functioning motor skills and muscle memory to accurately hit a fast-moving clay target. Whether you’re preparing for an upcoming competition or for duck hunting season, spend some extra time at the range to improve your trap shooting abilities.

Know Your Gun Up and Down, Front to Back

There are a variety of guns that are allowed in trap shooting competitions. Mainly, trapshooters use 12-gauge break-open or semi-automatic shotguns. These are normally configured in over/under or single-barrel styles.

There are also guns made specifically for trap competitions. Trap guns are normally slightly heavier and sturdier since they don’t have to be swung as quickly as in other types of competitions like skeet. They are also designed to shoot slightly higher, enabling you to visualize the target just above the muzzle, while still hitting the center of the pattern.

Use the Right Gun for Your Body

Using the right gun for your body is a necessity when it comes to a strong trap showing. Since you only have about one second after yelling “pull” to pinpoint and strike your target, you need a gun that’s the right size for you, while also being responsive and accurate.

To check the fit of your gun, first close your eyes, then raise the gun to your face and shoulder. Open your eyes. If you see the two beads directly in line on your ventilated rib, the gun fits. If they are off however, or you see the rib in between them, the gun doesn’t fit and you should ask a gunsmith to make stock adjustments.

Protect Your Hearing While Reducing Recoil

Another important component of a high-performing gun is its accuracy. A large part of a gun’s aim is affected by its recoil. Too much and your shot could be off by just enough to miss the target. And with trap shooting, there is no room for such errors. That’s why many competitive shooters and bird hunters equip their shotguns with a silencer, which significantly reduces the kickback of a firearm. And, not only do they reduce recoil, they suppress loud, distracting, and ear-damaging noise, helping you make the best possible shot.

Take Your Knowledge to the Trap House

You now have the information you need to get started with trap shooting – remember to dedicate time to practice and, most importantly, have fun!

If you’re searching for a firearm accessory that will improve your gun’s accuracy while protecting your hearing, take a look at the products offered by Silencer Central. We’re the only silencer reseller on the ATF advisory board and have simplified the process involved in purchasing Class-Three firearm suppressors. We quickly obtain inventory and expedite interactions with the ATF so you can spend less time waiting around and more time sharpening your shooting skills.

Take a look at our silencer selection, including our featured BANISH line of silencers. 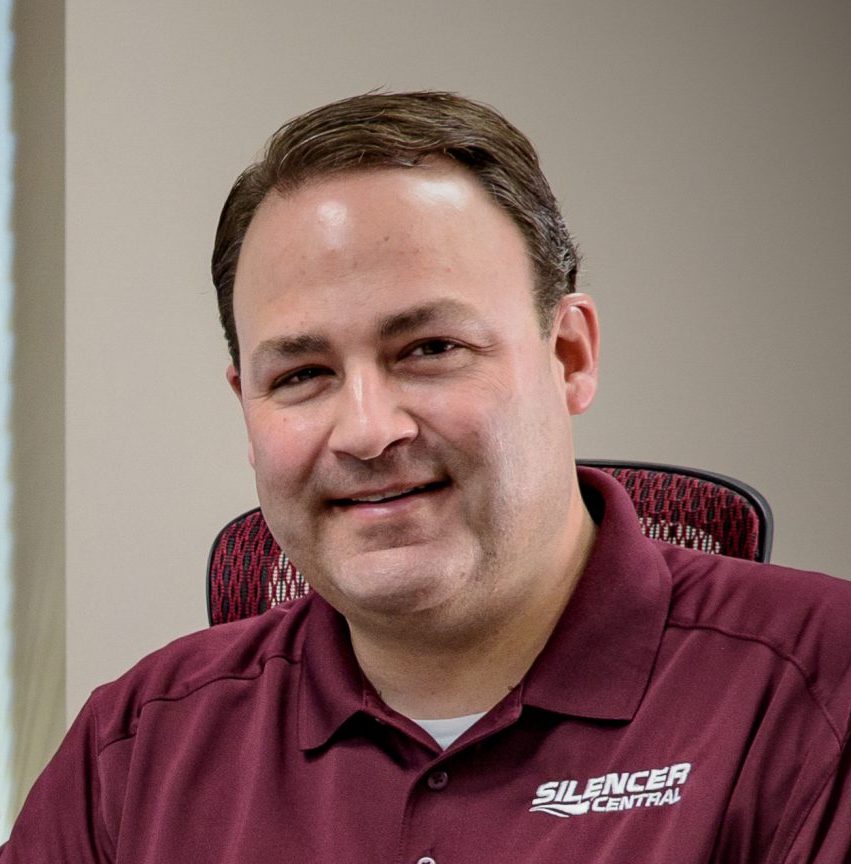 How to Mount a Scope: A Foolproof Guide