How are Suppressors Made?

It is an industry secret that all silencers are made by the Silencer Fairy. When a gun owner buys a silencer, the Silencer Fairy waits for the ATF goblins to issue a tax stamp, and then waves her magic wand. Okay, that’s not true (except maybe for the ATF wait times), but it’s a funny thought. All silencers start out as a chunk of metal which gets made into a tube. Some high-end silencers like our BANISH Suppressor line are made out of machined titanium, but broadly speaking, any sort of high-pressure seamless tubing that can contain the pressure of firing a gun will work for a silencer body. They just might not work well.

The suppressor body does more than just hold the various ‘guts’ of a silencer. It also helps bleed off heat from firing, which cools the gasses from the muzzle blast and makes the gun shoot quieter. A steel tube won’t cool as fast as titanium, and aluminum tubes are better suited for low-pressure rounds like pistol or rimfire. Of course, titanium is the best, but also the most expensive, so shooters make trade-offs over price and performance. But that’s okay because that’s capitalism, and we love capitalism. 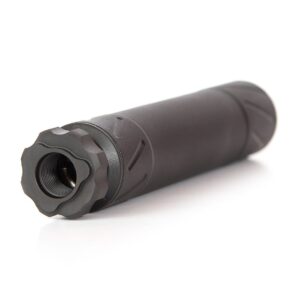 Silencer Baffles and Other Internal Components

Once you’ve got a tube, then it’s time to make the internal components. These are usually some form of machined baffle, which redirects and slows muzzle gas to reduce the sound of gunfire. They also aid in cooling. Some earlier suppressors used stacked sheet metal baffles, leather or Nomex wipes, or various combinations of baffles, wipes, oil, grease or other methods. Some highly advanced suppressors include a clever piston system to help control the flow of gas. Once you’ve made the “guts” of the silencer, then it is time to add end caps. These close off the tube and allow for it to be threaded onto your gun on one end, with an opening for the bullet to escape on the other. Some will be permanently attached, creating a “sealed” suppressor, while others, like on our Banish line, are removable for cleaning. 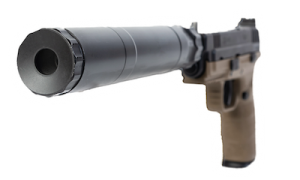 What are Suppressors Made of?

Here’s what suppressors are made of:

Suppressors are made using high-quality metal alloys such as titanium, aluminum alloy, or stainless steel. These materials are able to withstand the force of the expanding gases and cool them off, helping to suppress the sound.

Modern suppressors like the Banish Suppressor use all-titanium construction to reduce weight and help bleed off heat better than steel or aluminum suppressors. This makes for a lighter suppressor that also shoots quieter than other non-titanium designs. 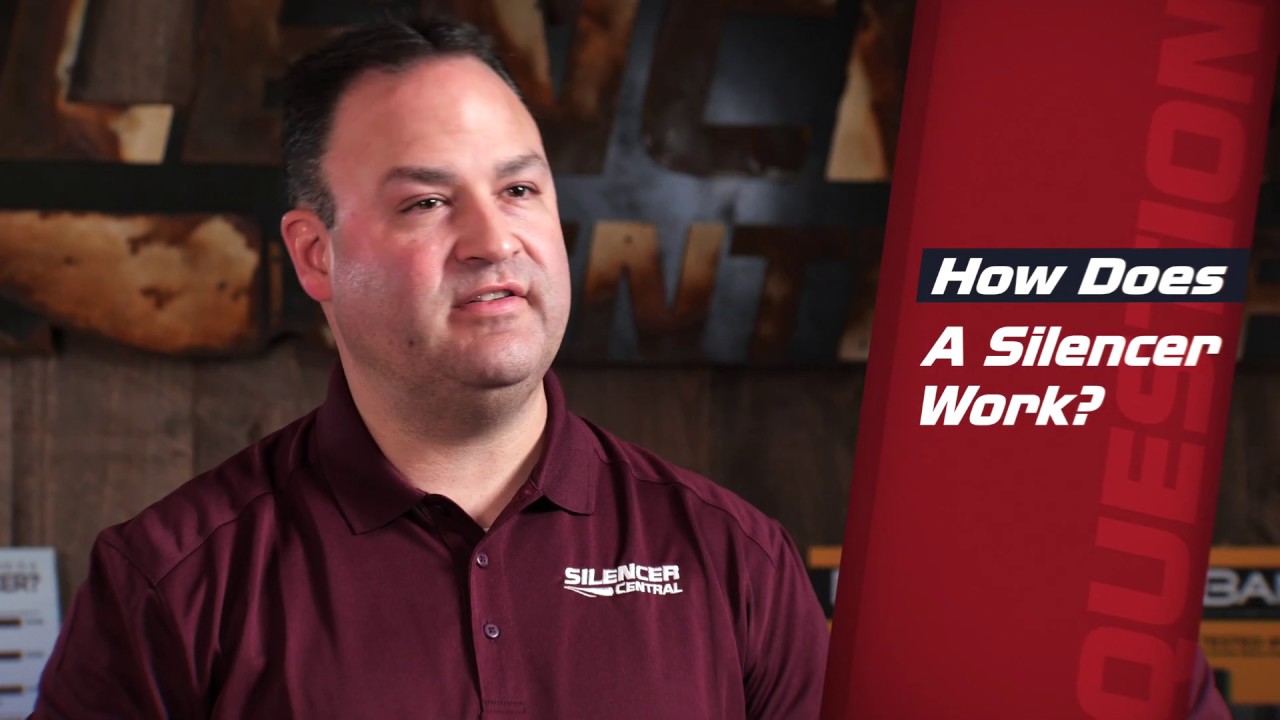 How Does a Silencer Work?

Here’s an overview of how silencers work:

When you fire a round, rapidly-burning gases build up pressure behind a bullet and propel it down your bore. As the bullet leaves the bore, a burst of flaming hot gas exits behind it. Silencers slow down that gas and redirect it through and around a series of baffles before allowing it to escape the silencer.

This does several things. First, it lets the combustion process more fully complete. Any unburnt powder will finish burning off, which helps reduce muzzle flash. Secondly, the longer the gas is contained the slower and cooler it gets. This means when it does escape the silencer, it is moving slower and is under less pressure, which means it’s also quieter.

At this point, we should note there are two types of sound being generated at the muzzle of your gun – the sound of a bullet hitting supersonic flight, and the sound of the gas blasting out of your muzzle. While silencers can’t do anything about fast bullets (that’s why many silencer shooters use subsonic ammo which lacks the supersonic crack of faster rounds), they can and do deal with the gas. 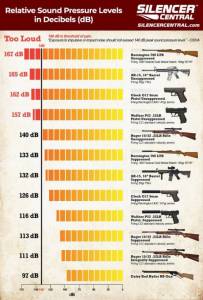 How Loud is Gunshot with a Silencer?

While the reality of silencer noise reduction doesn’t play well to the media, for the most part, that’s what it does. In other words, sound suppression is a series of tradeoffs that work to make most ammo quiet enough to safely shoot without ear protection, or with minimal ear protection.

We can see then that silencers work through the simple application of physics. Slow down and cool muzzle gas long enough to make the sound of the muzzle blast just quiet enough to not be dangerous to hearing or create as much sound pollution.

How to Buy a Silencer

Want to Learn More about How Silencers Work?

If you want to learn more about silencers and the technical details of their performance, drop us an email and we’ll be happy to share our extensive real-world test data compiled by shooting over two dozen silencers with military-grade sound measuring equipment. We love talking silencers and have in-house data on our Banish Suppressor line of multi-caliber suppressors.