Short-barrel rifles, sometimes called short-barreled rifles or SBR’s are one of the most popular NFA items made and sold today. Because so many modular firearms like the AR-15 or pistols like the CZ Scorpion Evo can be quickly turned into an SBR in minutes with the right parts, people have been wondering more and more about how to get an SBR tax stamp.

It isn’t too hard to get an SBR tax stamp for a ready-made SBR or to get permission to make your own, but there are some key things you need to know before you start.

What is a Short-Barrel Rifle?

Broadly speaking, a short-barrel rifle is a legal relic of a distant time when there was a very real chance handguns would get banned in the US. Amidst a moral panic over immigrants, Prohibition-era crime, and sensationalist yellow journalism, there were growing calls to ban the ownership and sale of handguns in the US.

The National Firearms Act of 1934 originally intended to require the registration of handguns with a $200 tax, which would have effectively banned them at that time. However, this was dropped from the final version. Short-barrel rifles remained on the list of regulated firearms though, as they were originally included to ensure people simply didn’t cut down rifles as a handgun substitute. For some unknown reason, SBR’s remained regulated even when handguns escaped the axe of Federal registration. 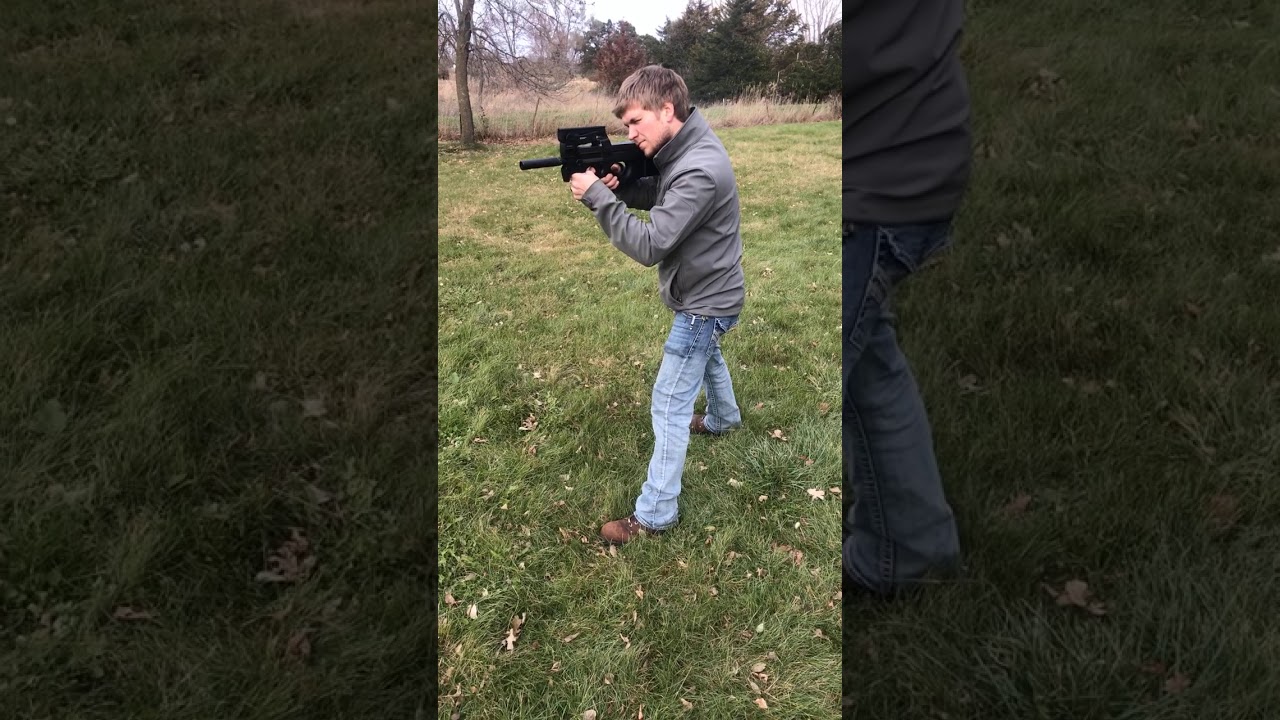 Generally, a short-barrel rifle is any gun that has or originally had a buttstock, and with a barrel under 16”. There are some finer points to the matter, but these two are the key defining features.

That’s why it is possible to build an AR lower into a pistol with a short barrel and no buttstock, but illegal to take an AR-15 rifle, remove the buttstock and put a pistol upper on it, unless it was first built as a pistol. Stupid yes, but that’s the law.

So, an SBR is anything that started out life as a regular rifle with a 16” or longer barrel and a buttstock OR any gun with a barrel under 16” that has been fitted with a buttstock. Again, this is a broad simplification, but it works. On to the SBR tax stamp…

Whether you’re making or buying an SBR, you have to pay a $200 tax to get the gun. This stamp is part of the registration of the gun. If you’re building the gun yourself (say, by putting a pistol upper on an AR-15 style rifle) then you can file an ATF Form 1.

If you’ve obtained an SBR through a gun shop or an NFA dealer online somewhere, settle in for the long haul. The ATF Form 4 is used for the transfer of existing NFA items like commercially-made SBR’s. However, getting this SBR tax stamp takes a very long time no matter how you apply for it because the ATF is usually taking around a year to process Form 4’s.

The truth is, unless you are buying a truly exotic or rare SBR, there is very little reason to Form 4 an SBR these days. Many guns can now be converted in just a couple of minutes with simple (or no!) hand tools. Even if you are physically cutting down a barrel, there are plenty of qualified machine shops that can do that after you get your tax stamp back.

In other words, you might as well just Form 1 your SBR unless there’s no other real option. And this comes with the added bonus if getting your tax stamp in weeks instead of years when filed electronically in the name of a trust.

At the time of this writing, Form 1’s filed in the name of a gun trust with ATF eForms have the shortest SBR tax stamp wait time. But be sure to check NFA wait times for yourself to see what is fastest, as many things can influence how quickly forms are processed.

How to Register a Short-Barrel Rifle

It’s pretty easy, really. First, choose whether you are going to Form 1 or Form 4 your SBR. Then, file the paperwork (ideally electronically and in the name of a trust), send in your $200 and fingerprints, and wait for the Tax Stamp Fairy to bring you your tax stamp.

Did you know Silencer Central customers have it a bit easier when it comes to Form 1 applications? All of our customers receive a totally free NFA gun trust (a $250 value!) when they purchase any of our silencers.

These trusts are full, complete NFA gun trusts that can be used to add more NFA items, and even for Form 1 applications. They can support multiple trustees, and even the rest of your firearms collection, making them ideal for estate planning purposes.

Check out our NFA Gun Trust page, then go take a look at our silencers, including the famous, multi-caliber, user-configurable, all-titanium BANISH Suppressor, and let’s get you started on one more NFA item for your collection!

ATF Form 1: Everything You Need to Know

ATF Form 4 Silencer Purchase – Who is your CLEO?